Devotion is a touchy subject that people often shy away from because of religious connotations. Early in my life I had an interest in religion. I enjoyed the ritual and concepts of God, but the church didn't provide the answers I sought as I matured. With a growing interest in psychology for many years a moved towards less devotional forms of spirituality and psychology which seemed to make more sense to my mind. After many years though and much yoga experience there is still some draw to the mystery of the divine. Allow me to share more thoughts. 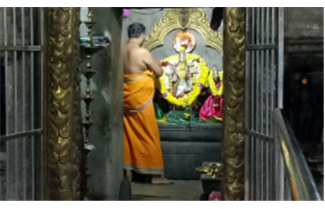 Though originating in India, yoga in the west, usually leaves out the aspects of the Indian tradition that are aligned with the Hindu faith... for instance the caste system that dictates vocation, social position and qualification for spiritual practice; reincarnation that sits within their cosmology and the gods and goddesses too. And indeed the aspects of 'yoga' that are most useful have been emphasised - asana as a form of fitness, pranayama and meditation as a method of stress reduction and wellbeing and psychological enquiry practices that bring us in touch with an unconditioned exerience that gives greater mental clarity and direction.

So this has been my path; and yet spending a lot of time in India has taken me to many ashrams and temples, encountering the devotional world of Hindu and non-religous spiritual seakers. In these forums I've participated in devotional singing and played the role of a devotee of gods and gurus; I've also seen trances and people in states of religious escstasy.  So I've been prompted to consider what is devotion. Like much of India, it is not a straight forward thing.

As confusing as it is God refers to 2 things is India... there is 'God' the absolute, beyond being and nonbeing, generally beyond negation and beyond all the other god forms. A temple in India may present in that form, to remind us that the ultimate reality is beyond form. The ultimate realisation in yoga (the darshan of vedanta specifically) is realisation that we are that 'God'.

The other use of the 'God' semantic is what we see pictured all over India and on the Tshirts of many yoga practictioners. Images of monkey headed Hanuman or Elephant headed Ganesha, the sexy renunciate Siva and the beautiful goddesses Durga, Laksmi and Radha or my favourite, the terrifying Kali. Now these god/goddesses represent certain qualities. They may be worshiped in India as such - with all night chanting vigils their mythological stories inacted in festivals by passionate devottees.  It's very magical. In the depths these gods/goddesses represent something that may be accessed by a devoted Hindu who has been raised in this culture. Maybe it also touches the westerner who is willing to suspend the filter of the western mind and soak up the deep archetype that is presented in this form.

So I've seen how powerful this can be to those that are really open to it and well our subconscious is not, not there. Many aspects of our behaviour are driven by 'beneath the surface' drives and maybe these elements also touch western yogi's. I see these archetypal divine qualities as energies that can be accessed to guide and benefit our meditation practice and life. So if you are interested in exploring this more than come along to my 'Awakening the Goddess'  workshop where we will encounter the femine archetypes (men also welcome - very important for men to access the feminine archetypes).